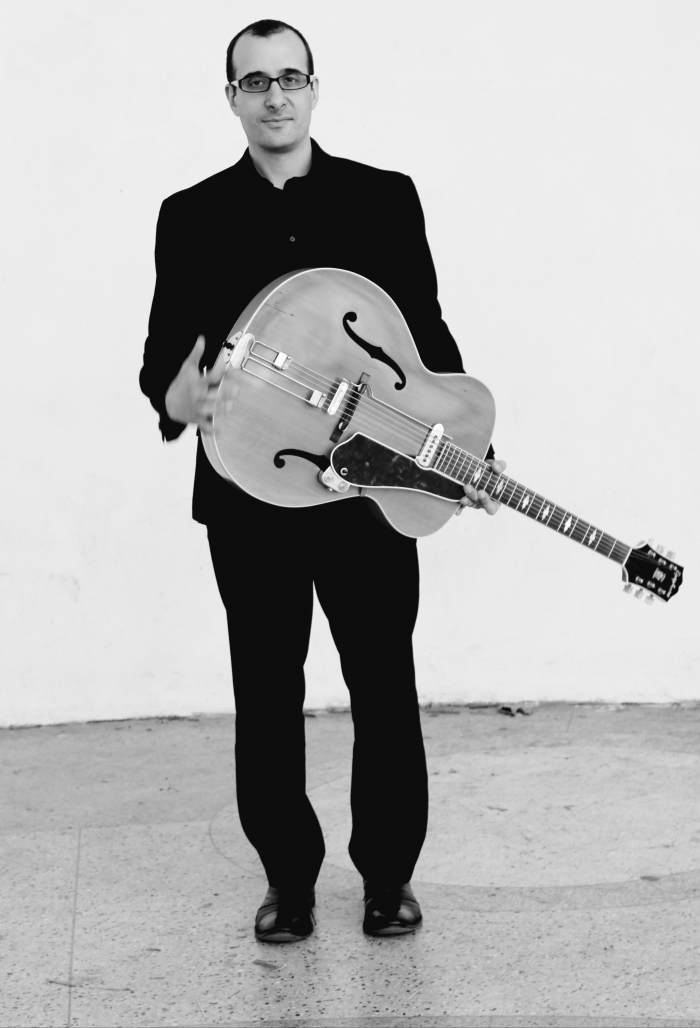 Residing in New York City since 2004, Greg Ruggiero’s love for the jazz tradition has led him to perform and learn from some of the great jazz masters from the 1950’s, 60’s ,and 70’s still playing in New York. Ruggiero has stylistically run the gambit in the idiom of jazz music, from complex original compositions to the American songbook and Swing. Currently Ruggiero performs regularly in The Michael Kanan Trio and with his own trio featuring the legendary rhythm section of Steve Little on drums and Murray Wall on bass.

Greg can be seen nearly every night performing as a sideman or leader around the city. He has performed at many of the top clubs including Carnegie Hall, Mezzrow, Birdland, Dizzy’s Club Coca-Cola Room, the Jazz Standard, Smalls, and the Jazz Gallery. He has performed with such artists as Michael Kanan, Warren Vache, Bill Crow, Frank Morgan, Greg Osby, Mark Turner, Logan Richardson, Jane Monhiet, and Luisa Sobral. His music has allowed him to perform in Japan, Spain, Portugal, Italy, and Switzerland.  As a leader, Ruggiero is about to release his third album, this being a Standards Guitar Trio album for the Fresh Sound/ Swing Alley label. His first two records are available on the Fresh Sound/ New Talent label. As side man, he has recorded on over twenty albums. Greg has recorded on Smalls Live Records with The Michael Kanan Trio, vocalist Luisa Sobral’s debut record on Universal Records, saxophonist Logan Richardson’s “Ethos” for Greg Osby’s Inner Circle Records and a multitude of independent releases by numerous artists.

Ruggiero teaches on The New School University applied music roster. As a guest artist and clinician, he was the featured artist at the Canjazz Festival in Galicia, Spain. He was also clinician at the Academy of Creative Education in Los Angeles, California, the Crossties Jazz Festival at Delta State University in  Mississippi, and the University of New Mexico.